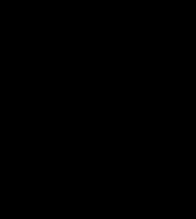 WATERLOO- Every year, in junior hockey of all levels (OHL, JR.B, JR.C, JR.A) teams have a group of players called overager’s. An overager is the last year of junior eligibility which in most cases is at the age of 20. This year the Waterloo Siskins have 4 players graduating this year. 1 player in particular who after this Sunday’s contest versus the Listowel Cyclones will have played his last regular season of his Junior hockey career.

Wellesley, Ontario’s Christian Mroczkowski (age 20) is in his 4th and final season with the Waterloo Siskins. A team he has captained for the past 2 years. The forward is ending out this season after posting career best’s in nearly every statistical category except penalty minutes. With 2 games remaining Christian has 38 goals, which places him first in the GOJHL, to go along with 47 assists. Now nothing is guaranteed in junior hockey but with 2 games remaining for the Waterloo Siskins and Christian sitting atop of the GOJHL points leaders, there is a solid chance he will finish the year in 1st.

A Look Back At A Wonderful Career:

In 2010-2011, Christian debuted for the Waterloo Siskins. He had spent most of that  season playing with the Waterloo Wolves “AAA” Midget club where he played 35 games and added 28 goals, 24  assists for 52 points. Earning a call-up, Christian played 3 games for the Siskins that season and scored a goal on the powerplay in his first game vs the St. Mary’s Lincolns. Christian would go on to see limited action with the Siskins during the season.

In 2011-2012, Christian yet again earned a call up after another solid season with the Waterloo Wolves “AAA” club. In 32 games with the Wolves, Christian compiled 25 goals, 35 assists for 60 points including an additional 22 points in the playoffs. In a game vs the Owen Sound Greys in a call-up Christian added 1 assist.

In 2012-2013, Christian finally cracked the Siskins lineup full time and did not disappoint starting the new season with 4 points in his first 3 games. November 18th was a career night of sorts. In a game vs the Guelph Hurricanes Christian had his first 3 point game of his career in a 12-1 Siskins win. In 49 games, Christian scored 25 goals and 32 assists for 59 points. The Siskins finished the season with a 27-18-6 record and went on to the playoffs. Appearing in 6 games in the playoffs, Christian added 3 points but wasn’t enough as the Siskins were eliminated by the Stratford Cullitons.

In 2013-2014, Christian entered his second full season as a Waterloo Siskin and yet again did not disappoint. In the first game of the year Christian recorded his first hat trick of his career and went on to record 14 points in his first 10 games of the season. He also went on to tie his career high with 5 different 3 point games during the season. Donning the captains patch on his number 9 jersey, Christian lead the Siskins into the playoffs.

The first round of the playoffs were played against the Guelph Hurricanes. A team Christian has single handedly  dominated during his junior career posting 33 points in 17 career games against the Hurricanes. The series was hard fought but in the end the Siskins prevailed winning the series in 5 games with Christian posted 7 points in the series.

The Siskins would end up moving on to play the Sugar Kings of Elmira. After being down 3-1 in the series, the Siskins behind the leadership of Christian were able to pull back even in the series and draw a 7th game. With the Siskins leading 2-1 heading into the 3rd period of the game, Christian scored a powerplay goal to make it 3-1 which put the game out of reach for the Kings.

The Siskins fresh off a game 7 win over the always tough Elmira squad, where again in tough against the Stratford Cullitons who finished the season 12 points back of the Siskins in the regular season. Fast forward to game 6 with the Siskins leading the series 3-1 the Siskins take the ice at the Allman Arena. 1:24 seconds into the final frame, Stratford would score to make it 4-3 and regain the lead once again. The one thing Christian has been during his Jr.B career is clutch. With the Siskins looking down and out Christian scores the tying goal with just under 10 mins left in the 3rd period. Less than 6 minutes later, Christian scored quite possibly the biggest goal of his career as it was the winning goal in the Cherrey Cup Game. (See Link Below)

Up to this point in his young career, Christian has had 2 separate 50 plus point seasons, Earned the captaincy, and won a Cherry Cup.

Fast forward to the 2014-2015 season the Captain would return for his last season. With a goal of achieving 75 points, the forward did not disappoint. To this day, Christian has 85 points with 2 games remaining. This regular season has been one to remember for the overage forward. Setting career highs in nearly every statistical category.

On September 14th 2014, Christian would set a new career high for points in a game with 4 against Brantford (2g-2A) but that wouldn’t last all season. In a game on January 11th in a huge 8-4 win, Christian would set a new career high with a 6 point game with 2 goals and 4 assists. One of the goals being the game winner. Multi-point games were becoming a weekly thing for Christian as he would have 25 multi-point games this year with the chance at more.

Q and A With Christian:

1) ) Are you happy with your performance this regular season personally? How do you feel about the teams overall performance?

Christian: My goal this season personally was to reach 75 points so I’ve exceeded my expectations, as a team we’ve lost some close games where we had the lead and lost near the end of the game but we’ve got a lot of skill and speed.

2) This Sunday will mark the end of you regular season Junior hockey career after 3 plus seasons with the Siskins. Has it sunk in yet?

Christian: No it hasn’t sunk in yet I think it will once the first playoff game starts.

3) In a sentence or 2, how would you reflect back on your junior hockey career?

Christian: Winning the Cherrey cup last year was the best moment in my hockey career and I have no regrets playing for the Waterloo Siskins.

4)  Being the captain of the team, what is some advice that you can pass on to the next wave of Siskins current and future?

Christian: Enjoy the time playing junior hockey because it goes by quick and cherish the friends you make playing hockey it will go a long way.

5)  What’s next for you and your hockey career?

Christian:  My goal is to play NCAA hockey and eventually pro hockey but we will see at the end of the year where I end up with schooling in the states.

As of this moment, Christian has not made up his mind about his post-secondary education. After speaking to a scout who has seen Christian play, he had nothing but positive things to say. The Scout who has asked to remain nameless went on to say that the type of game Christian plays will transition well into either university league (CIS, NCAA) although went on to say Christian is built better for the NCAA. They went on to say it’s rare to see a guy these days who can step right into an NCAA line up and make a difference but he can see that in Christian.

Christian and the Waterloo Siskins complete the regular season this coming Sunday February 22nd. Catch a glimpse of Christian while you can because in my  opinion this is one of the best players we will ever see in this league. Consistent 50 plus point guys who become leaders, champions, are hard to find. Wherever Christian signs next, the team will have made a great decision bringing him on. The soon to be former Greater Ontario Junior Hockey all star will no doubt become a star again with his future team.

The Waterloo Siskins provide some of the greatest entertainment for your dollar. In Waterloo Region we may be blessed with Junior hockey but there is something really special about the Waterloo Siskins who are fresh off of a Cherrey Cup championship last season and itching to get back there. In today’s hockey world, it is very hard to enjoy a pop, a hot dog, and the game on a budget. The Siskins prove that you can. The Siskins provide the most reasonable prices for hockey in the Waterloo region. It’s worth the time and the money.

All Tickets will be available at the Waterloo Memorial Recreation Complex

Children 3 and under: Free Admission

Christian and The Siskins Winning The Cherry Cup (Full Game)