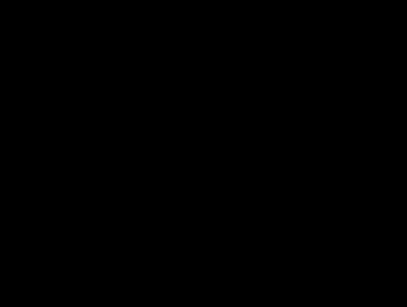 Each week throughout the rest of the 2015-2016 season and into the summer, writers at OTSN will be doing interviews once a week to Top OHL Prospects from the GOJHL. This weeks interview is Robert Proner.

Robert, spent the 2015-2016 season with the Cambridge Winter Hawks. A storied Jr.B team in the Midwestern conference.

Robert, put together quite a tidy season scoring 9 goals and adding 20 assists for 29 points in 47 games. Robert, Finished 3rd on the Winter Hawks in scoring.

Robert’s play improved a lot over the course of the season and that has earned him a regular gig with the Saginaw Spirit of the Ontario Hockey League for the remainder of the season and likely moving forward next year as well. His solid play and development if it continues will definitely have Robert on the NHL’s central scouting in the future.

Proner was a physically imposing force for Cambridge’s back end this year, despite being a first year eligible for junior hockey. Known more for his defensive skill set coming out of minor midget, he showcased a big time shot that allowed him to be such a two-way threat this year.

1) Being drafted into the OHL must have been quiet an honor, What was going through your head when you saw/heard you had been picked?

Rob Proner-  I was really excited when I saw I was picked it’s an indescribable feeling, I felt like all those practices growing up paid off!

2) You played this season with the Cambridge Winter Hawks, how was your experience there and what was it like playing in the historic Galt arena gardens?

Rob Proner- Playing in the Galt gardens is amazing, the atmosphere is electric, the fans are great, and looking back on it I loved every second of it and wouldn’t trade it for anything. I never had so much fun playing hockey.

3) What has been your biggest hockey accomplishment besides maybe being drafted by the Saginaw Spirit?

Rob Proner-  wining the GTHL championships and OHFS where I was awarded “Top Defenseman” in 2014. Being coached by Wendel Clark skyrocketed my development as a player and as a person.

4) Who is your favorite NHL player and why?

Rob Proner- I admire all great defenseman like Chris Pronger, Shea Weber, Drew Doughty, Erik Karlsson, Duncan Keith, and Dustin Byfuglien because they all bring something very unique to the game and make a huge impact. The dominate at the highest level which is what I aspire to.

5) What was the first NHL game you attended and what can you remember about that night?

Rob Proner- My dad and I went to a game at the old Joe Louis one time while playing a tournament in the Detroit area. I remember the skill and speed and the crazy atmosphere.

7) What is your ultimate hockey playlist? 3 songs you listen to before every game?

9) If you couldn’t play hockey, what would you be doing?

Rob Proner- Confirmed, a hot dog is in fact a sandwich. A sandwich is defined in the dictionary as ” an item of food consisting of two pieces of bread with meat, cheese, or other filling between them

11) What is your favorite TV show?

12) What is currently your favorite movie?

13) And last but not least what is your favorite band/artist?

Rob is currently playing for the Saginaw Spirit and has 2 assists in 8 games played. Rob’s next game will be on Friday March 18th at home VS the Windsor Spitfires.

Next week’s guest is going to be Owen Sound Attack draft pick and current Waterloo Siskin Rookie defender  Nick King. Be sure to tune it  as it will be out on Wednesday March 24th.

Thank you for reading and be sure to follow the following account to keep up to date on Robert and his teams.